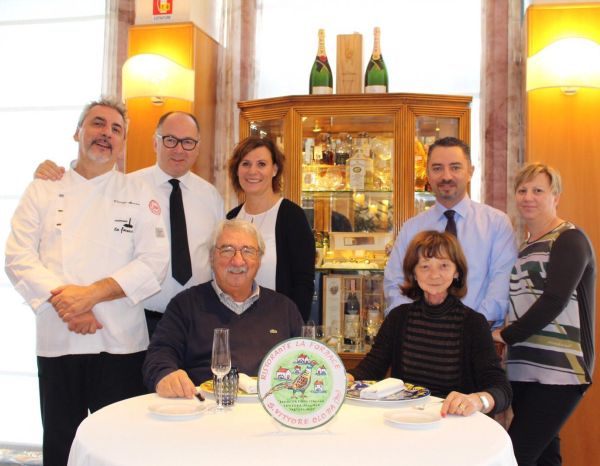 The group, which have dealt with restoration and hospitality for two generations is deeply embedded in the socio-economic reality of the geographic area called “Alto Milanese”, which includes some municipalities of the territory between the provinces of Milan and Varese and has the city of Legnano as its economical centre.

A quite complicated marketplace, because if it’s true, on one hand, that the closeness to the Rho exhibition centre and the presence of an important industrial web generates a considerable client base, it is also true, on the other hand, that the proximity with the city of Milan and all its restaurants represents for the local entrepreneurs a permanent challenge.

To win this challenge, or at least to reduce its negative effect, the group led by Tiziana and Simona, with the help and sustain of the local “ConfCommercio” (a confederation of traders), chose the path of collaboration and venture partnerships, creating a web of companies which gathers almost forty entrepreneurs of restoration and hospitality under the two brands called “I ristoratori del Buongusto”( The Good-taste Restaurateurs) and “Alberghi La Milano che conviene” (Milan that pays off Hotels); they also have their own internet page called “prenotoio.com”. 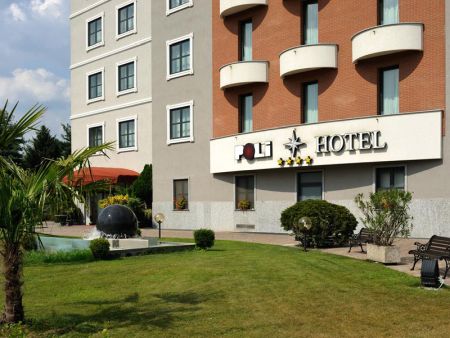 This successful idea consists in maintaining the identity and the specific business offering of each restaurant but to do it while generating important partnerships and scale economies which allow all the members to save a consistent amount of money in terms of management costs.

This saving allows them not only to improve the quality of the services that they offer to their customers but also to keep some very competitive prices, compared to the ones of the near city of Milan.

Nowadays, the associations “Ristoratori del Buongusto” and “Alberghi La Milano che conviene” represent a well-established and constantly expanding reality; as they are the realities of the group #DOP - Denominazione di Origine Poli (Designation of Poli Origin - which synthesize all the principles followed by the Poli family in offering a kitchen that enhances local products, which is healthy and focuses on quality and efficiency of the amenities and services provided).

Actions describe more than many words the business qualities of today’s interviewee which – not surprisingly – can be considered as one of the “zero” users of Enoweb, a businesswoman who has been able to read the context and the future development of the quality restauration marketplace and which has sensed Enoweb’s potential since the beginning.

Mrs. Scrivano, how long have you been using Enoweb?

"I do not remember the precise date, but I think that it’s been at least for five years.

Anyway, we have been one of the first to purchase the new, upgraded version, which has been released three years ago, but we have already been using for two years, the previous version of the programme, which was still a good product, but it was a bit more difficult to use and had less features compared with the current one." 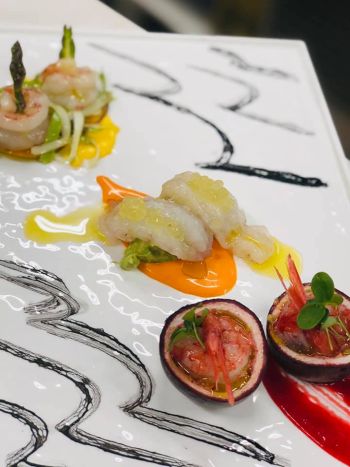 So, you can consider yourself as a kind of pioneer of Enoweb, can’t you?

In addition to La Guardia resturant in Nerviano, your group also owns the Poli Hotel of San Vittore Olona, and a second restaurant called La Fornace at the ground floor of the hotel. The two structures and their own cellars are a few kilometres far from each other, but they are managed in a centralized way with a single version of the programme. Has this particular situation generated any difficulty with the usage of Enoweb?

"As you said, we only have one Enoweb’s software for both restaurants and their respective cellars which are in different places, but this situation has never created any kind of problem to us.

Each of the two restaurants has its own cellar, its autonomous centre of acquisition and the people who upload and download the bottles and decide the purchases are different.

The wine lists are also different from one restaurant to another because they change on the basis of the type of customers which, in the case of La Fornace, is more international because the restaurant is attended also by people who stay in the hotel during exhibitions, international meetings or for business travel…"

So after more than five years both restaurants of the group keep on using Enoweb. Which are, in your opinion, the elements that have encouraged this consistency? In other words, in which aspects do you think Enoweb is better than its competitors? 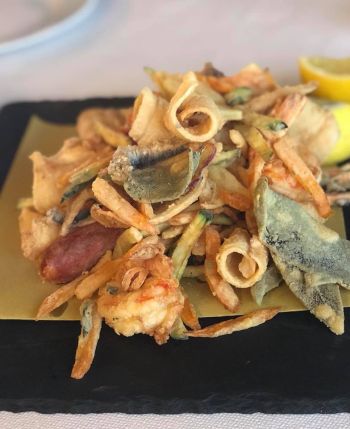 "Of course, the first thing that comes to my mind is the facility of creating a wine list and it’s also very important the presence of a database which is so wide, accurate and updated. This allows us to save a lot of time.

When we have to upload a new label, we just need to identify it with a simple research in the database and we call it back in the wine list with all the bottle-related contents.

I would also like to highlight the extreme ease with which you can update and page the wine list without losing your time with some complex paging programmes.

Another aspect is that the software is always evolving and improving and in doing so, it wants to answer also to some very particular needs.

For example, since this year and thanks to the partnership between E-group and the society that provides us the management software, the two programmes have been interfaced and turned compatible.

This means that I have to insert the wine once because when I upload it on Enoweb, it is also uploaded in the management software and, on the contrary, when the bottle is sold, the discharge of the bottle happens in both software.

Another innovation which has been introduced, concerns the possibility to integrate a bottle with the information of its position in the cellar. This means that anyone who is taking the orders in the restaurant, even the new-hired boy, can know where to look for that bottle without any instruction from us. It’s an element that helps to turn restaurant job more efficient and quicker."

Which are the numbers of your cellars? 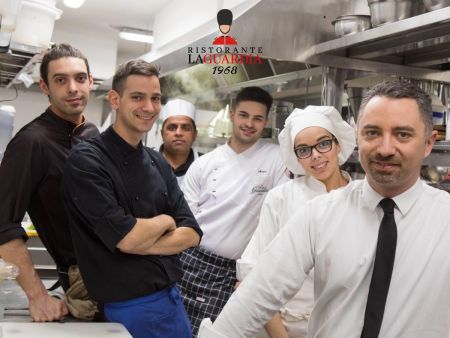 Do you also use the programme to check the discharge and to analyse the selling reports?

"I know that this is an important feature of Enoweb but, to be true, my numbers are such that I can keep on do it personally. I myself do the purchases and, at the moment, I can perfectly check directly what happens to a specific bottle. If one day I had to entrust these duties to one of my employees, I would do it with the absolute peacefulness because I know that I could check everything with Enoweb. Not a single bottle would run away."

Do you also use labels with barcodes for the discharge of the bottles?

"Not here at La Guardia because, as I told you, we interfaced the programme of charge and discharge (Enoweb) with the cash-flow management. At La Fornace, instead, we do use labels.

This is a very convenient solution also for the inventory because it remains very updated and furthermore, if you consider that the upload of the bottles at La Fornace is more frequent, it turns to be a very convenient operation."

After this long usage experience with Enoweb, what do you think about the software? Let’s assume that you are talking to a restaurant owner which is a friend of yours and complains about the difficulty of managing the wine list: would you recommend our software to him?

"Yes, of course! The most important aspect, in my opinion, is the wine list itself.

Without Enoweb I would have to write the traditional way, I mean, it really allows you save a lot of time…you don’t need to write the name of the wine, the data on the labels, the alcohol content, the grapes info, the methodology used…the territory… in the database of Enoweb you can find everything and you will find everything paged and ready to be printed even if, to be honest, you don’t even have to print it; we still print our wine list because the number of bottles is still quite contained…but I know that some colleagues of mine , who have a number of labels which is way higher, that don’t print their wine list and they put it directly on tablet instead.

For what concerns the wine list browsing, does all this information help to improve selling?
Of course, I can see that my customers read the wine list very often. This also simplifies our work, so we don’t have to give the customer all the basic information related with the single wine bottle."

Just for our curiosity…can you please tell us which is the most consulted information in the moment of the choice?

"If there is a piece of information that everybody or almost everybody verify, is the alcohol content. Let’s say that the first criterion of choice is between wine which is more or less structured.

It also depends on if there are some women at the table which, generally prefer to drink lighter. Of course, there are also other factors but the first is, with no doubt, this one."