Interview with sommelier Francesco Tuveri of the Somu restaurant in Oristano. 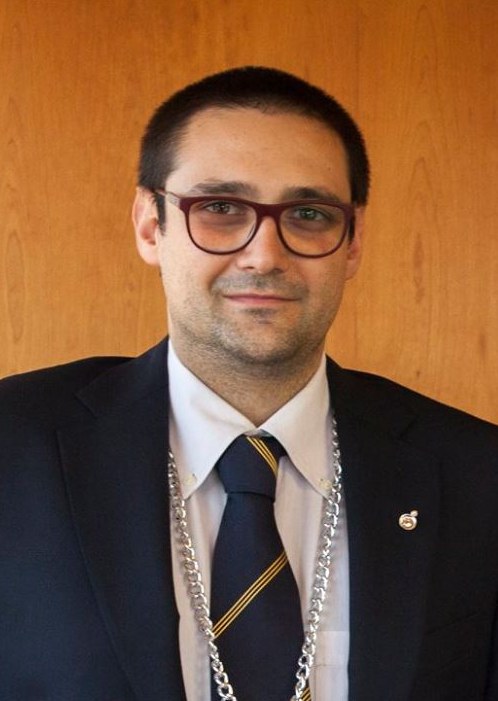 Chef Salvatore Camedda, before starting the Somu adventure, his new restaurant in Oristano, had many experiences all over the world and in Italy where he collaborated for a few months with Giuliano Baldessari (Aqua Crua).

Somu (s’omu) in Sardinian means house. It’s a name that has a double meaning for Camedda. First of all in relation to the place because after so much wandering he chose to take root right in his home (the restaurant is in fact only a handful of kilometers from Cabras, the town in the province of Oristano where he was born). Secondly, the concept of home perfectly expresses the characteristics of the cuisine proposed by Salvatore Camedda, a kitchen that makes the most of the great products of this extraordinary corner of Sardinia, nestled between the mountains, the sea and the lagoons of Oristano. At the same time, he also wants to offer products and delicacies from all over the world, that he has learned to know and deal with in his many previous experiences, to an audience that isn’t yet accustomed to author cuisine.

Somu is still a small reality. To help the chef there is, in addition to a collected kitchen brigade, Francesco Tuveri, manager of the dining room and cellar. Tuveri has been part of the staff for a few months (November 2017). It is he who, at the suggestion of the chef, chooses to entrust ENOWEB with the management of the cellar and the wine list.

He immediately noticed a peculiarity of the public who frequent the restaurant, a public, we remember, curious and attentive but not used to attending author catering proposals. “Speaking also with the chef - Tuveri tells us - I noticed how our customers were in awe of handling the wine list book. Although it was elegant and very well done, we noticed that there was some difficulty in picking up the volume that was approached with too much fear, precisely because in Sardinia customers aren’t yet used to this kind of offer. Although to tell the truth our wine list is extensive but not particularly demanding (we currently have about 300 labels). It was in the context of this discussion that the chef remembered the ENOWEB program, which he had previously seen at work at another restaurant where he worked. In particular, he was impressed by the ease of consultation that allowed him to manage and monitor wineries that were decidedly larger and more demanding than ours. " 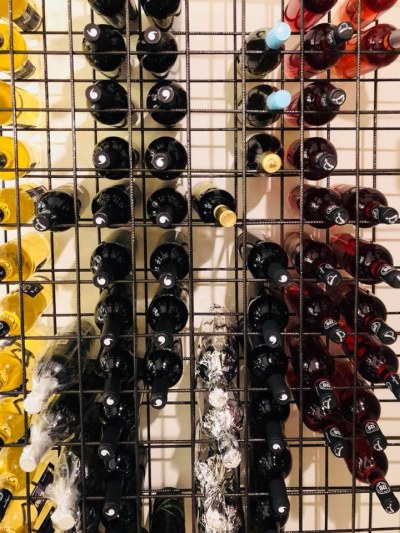 Did the inclusion of ENOWEB also give the desired results for customers?

"Yes, the attitude of our customers towards the wine list immediately changed. We noticed more curiosity, much more interest in consulting our wine list, giving rise to searches by region, type of grape and so on. In short, they found in their hands a much more familiar tool (the tablet) than the prestige book. A fact that has helped to break down the barriers ”.

Was this change in customer attitude also reflected in a different composition of sales?

“Yes, of course, everything has changed much more positively. Maybe because people felt more comfortable so they really started exploring the digital wine list with much more curiosity. Also because it’s a very personal wine list, the result of our research that wants to present and enhance many small producers who are working very well today in Sardinia. For the Sardinian guests themselves it was a question of discovering a little-known world, because everyone here in Sardinia knows the most important wineries (which are at most a dozen) but very little is known about the many small winemakers who are transforming the panorama of Sardinian wine. The result of the introduction of a simpler tool, such as the digital wine list, has been that our customers have begun to reward our work and so, just to give an example, while perhaps before they stopped at the usual Barbaresco today they experience much more. Especially Sardinian wines but not only .”

“Of course, first of all we have a good range of national and international proposals with all those bottles that a gourmet restaurant cannot miss. We give a good coverage of the most important Italian wine areas, without forgetting a careful selection of French and Spanish wines with episodes in some emerging realities such as, for example, Georgia and Lebanon, two territories where viticulture was born and which today in the sector winemaking are experiencing a real renaissance.

Then instead we have a wide range of Sardinian labels equally divided between the proposals of the main and most famous wineries on the island and wines produced by small emerging producers. Overall, as regards Sardinia, we cover all the most important wine-growing areas and all the most prestigious grape varieties. Even in Sardinia the world of wine is changing with the rebirth of many small businesses, the rediscovery of native vines, the search for cultivation methods that are more attentive to the environmental impact."

What are the other aspects where ENOWEB has been particularly useful to you?

"I would say that in addition to managing the wine list, the other element that particularly helped us was the simplicity and accuracy with which we manage the warehouse. Although for the moment we don't have more than 300 labels having just started but our goal is to double this number very soon. The help that ENOWEB is giving us for inventory control is really essential because it still allows us to keep inventory trends under control even during service. "

We have already said about the greater ease of research that the tablet allows compared to the paper wine list, are there other elements that have slightly changed your customers' approach to the wine list?

"After a first moment of disorientation, explaining things well, as I have already said, not only did they accept the idea of choosing the wine on the tablet, but the presence in the digital wine list of a wider amount of information and above all the possibility to build their own path of discovery much more aware since they could have all the information regarding the type of wine, the territory, the grape variety, etc. It also greatly encouraged the curiosity and the desire to try new bottles different from the usual notes. This has completely changed the way we sell. "

Previously, had you already had the opportunity to use other programs for managing the cellar and the wine list?

“No, this was my" baptism of fire "if you can say so, because in the restaurants where I worked before, the cellar was still managed with the classic Excel spreadsheet. A reality still widespread in our world more than it might seem. "

Did you have any difficulties learning how to use ENOWEB?

"Absolutely not. Indeed, it was a truly fantastic discovery. I can say that I have almost been reborn. 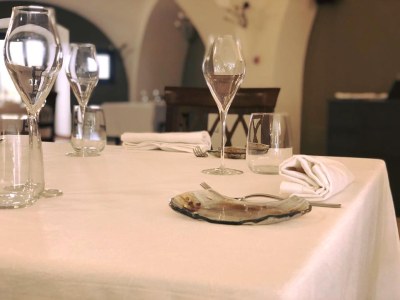 I am not talking about the great ease with which I learned to manage all the various aspects of the program, nor about the great help that was given to me at all times by the E-Group staff, I am referring above all to the fact that the program really makes your job a lot easier. For example, I remember that in the facility where I worked before, every morning I had to dedicate at least five or six hours to bills and bottle loading, inventory control, order definition. At least half a day's work, when everything went well, he went away for the administrative management of the warehouse. Now all this is much easier, safer and above all much faster. It is true that before I had to manage about eighty more labels but it is not on the quantity of the work that I have saved time but on its quality. "

“I still want to repeat myself. The thing that struck me the most, beyond the ease of management, is the help that the program gives me in my daily work in the cellar. Even the response of our customers to the introduction of the digital wine list one has really gratified me because it has managed to make the most of my proposals, the result of so much research and passion that led me to the discovery of many emerging wineries, both in Sardinia and abroad in countries that are not known for their wine production.

ENOWEB allows me to tell and present these new producers in the best possible way thanks to the information on the technical data sheets of the wines and the ease of finding this information by the customer. These contents generate in our guests a greater curiosity which translates precisely as I have already said into purchasing choices that are more open to experimenting with new labels.”