ENOWEB? It changed my life

Interview with Lorenzo Costa. Maître and sommelier of the Oltre restaurant in Bologna. 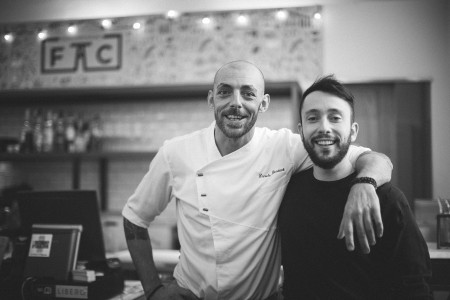 With this interview, from our series dedicated to collecting testimonials and impressions of sommeliers and restaurateurs who have chosen ENOWEB to manage the cellar and the wine list, we move to the center of Bologna, a few minutes walk from Piazza Maggiore.

The Oltre restaurant, at number 1 in via Majano, is located in the heart of Bologna “La Grassa”, the historic capital of Italian regional cuisine in its perhaps most fundamentalist version. For this reason, it is surprising to find here a brand that wants to challenge commonplaces. Those - to be clear - who see in the cuisine of the Emilian tradition a single possibility of interpretation, which provides for absolute fidelity to a gastronomic practice that has been consolidated in a historical period in which - when everything was going well - Lunch (with the P capital letter) was an occasional event and not everyday normality.

This is why the challenge launched by two very young professionals (but with a rather solid CV behind them) is intriguing: chef Daniele Bendanti (specialization at the Alma and experiences among others in the starred Antica Locanda del Sole and Arnolfo, as well as a fundamental training course in Spain, at the court of Fernando Areljano) and his partner in the dining room Lorenzo Costa, born among the tables as the son of restaurateurs himself (his father is Nico Costa del Battibecco, historic Michelin star and institution of the Bolognese gastronomic world). The two have chosen to use the weapons of rigorous research done on the quality of the raw material and the use of the most modern cooking techniques. All this to create dishes that, on the palate and smell, make the same result of the classics of Emilian cuisine made "to perfection" but with a decidedly lower caloric contribution, the ideal solution for those who today don’t want to give up on flavors of tradition but cannot afford to get up from the weighted table.

Lorenzo Costa, would like to briefly introduce the Oltre restaurant

"If I have to choose a peculiarity of our restaurant to report, beyond the choices made in the kitchen and in the dining room that I will explain better, I would say that it is an environment strongly permeated by the enthusiasm that also derives from the young age of all our staff. Chef Daniele Bendanti and I have been opening Oltre for about three years. We have decided to propose a traditional Bolognese cuisine but totally modernized. Not revisited but updated in techniques and ingredients and with great attention to digestibility. So we can say that it is the grandmother's kitchen, however, translated into today's reality. 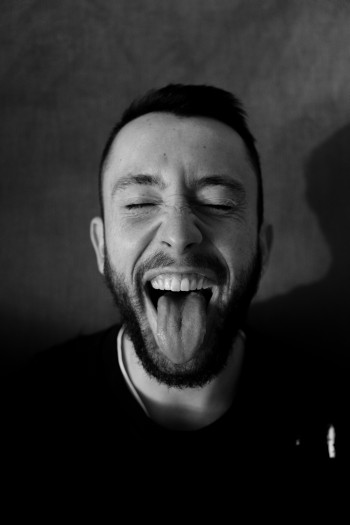 It all starts with a great basic research that we do every day on products, a research also facilitated by the use of the Internet that allows us not only to identify new producers but also to maintain a constant dialogue with them. This research allows us to find quality ingredients that also meet our needs and a cuisine made with quality ingredients but more attentive to lightness and digestibility.

These ingredients then go to make up our dishes through the use of the most modern cooking techniques and lightening of the dishes, techniques that Daniele has learned in his long experience abroad. Even for "super comforting" recipes such as tortellini or tagliatelle, thanks to the choice of ingredients, perfect cooking per second and a series of attentions, we are able to create very light dishes but which in terms of flavor and taste don’t fall to compromises. "

In short, have you realized the secret dream of every gourmet of being able to enjoy a tasty cuisine like the classic Bolognese one but to get up from the table without feeling weighed down?

"Exactly. Because even in a very tasty cuisine like the Bolognese one, digestibility must play its part today. This in summary is our approach and from here also derives the name we have chosen for the restaurant that wants to recall our intent to go "beyond" what is the classic tradition of Bolognese cuisine, but also "beyond" the classic aesthetics of the places that make traditional cuisine in Bologna, because ours is a place that detaches a lot from the rest of the city also in terms of interiors. When you come in, it feels more like being in New York or London than in the center of Bologna. Our restaurant offers a sophisticated but absolutely smart modern environment. We offer a service inspired by high-end catering, very attentive to customer needs, but not heavy with an approach that I would define of North European derivation.

In conclusion, I would say that we eat a traditional dish (such as tortellini for example) prepared by a young cook (which for Bologna is certainly a rarity since the city is quite firm from a gastronomic point of view) but with a lot of international experience that allows him to work on lightness and digestibility without affecting the taste. If we combine all this with a modern but not cold environment, a very young and enthusiastic staff and a wine list certainly suited to the situation, we have outlined the image of our restaurant. " 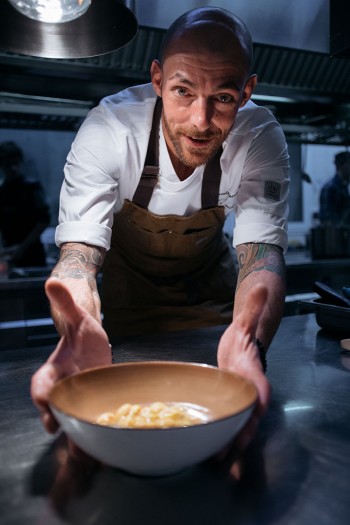 Here is Oltre's wine list - in fact - can you briefly describe it?

“We have a wine list consisting of just under 150 labels characterized by the fact that it is exclusively natural wines. Here in Bologna, most of the wine lists are basically stuck in the 1990s.

We strongly believe in our choice to offer natural wines and it is something that also differentiates us from the rest of the city. So our customer can eat a tagliatella or a tortellino accompanying them with an avant-garde wine coming perhaps from Georgia because in our wine list we offer selected bottles from all over the world ".

We now come to talk about ENOWEB. How did you find out about the program?

“Very trivially. I've seen it used in all the best restaurants I've frequented and so at a certain point I said to myself, I want this program for my restaurant too ... a bit like a capricious child. So I looked up, called E-Group and when I saw that the costs were absolutely in line with what a restaurant like ours could afford, I no longer had any doubts. "

Are you satisfied with your choice?

"Absolutely yes. ENOWEB has literally changed my life ... yes of course I know this is more of a joke but the meaning is that ... because since I use ENOWEB I work at least an hour less a day and I can dedicate all this time in particular to mine family so if it’s a bit of an exaggeration to say that it changed my life, I can certainly say that at least it saved my life as a couple (laughs, ed). Really, joking aside, for someone like me who does a very demanding job that normally requires fifteen to sixteen hours of work a day, a technological support that allows me to save so much time is really a blessing and I would be a fool not to use it. "

How does this time saving happen in the detail of your activities?

“I can do warehouse loading and unloading much faster than before. If I have to update the wine list because a new label has arrived or because some bottles have run out, I no longer have to go there every time to modify the file, redo the layout, print, insert and remove the sheets in the wine cards ... in short, the whole process has improved a bit and if at the end of the month I have saved twenty or thirty hours of work, you can see that I can devote all this time to a lot of different things ... so really for such a low cost as that required for l monthly subscription to ENOWEB having so much free time as a counterpart is really "cool" ... 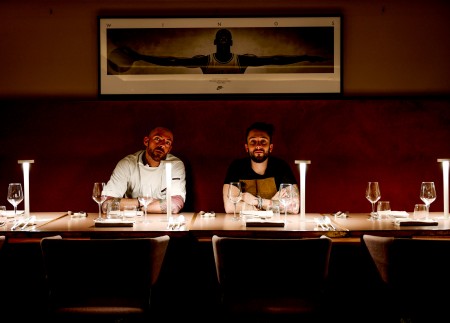 But beyond this aspect, which concerns more my ENOWEB work organization, the work in the room also changes. Finally we can no longer run into the classic unpleasant situations of having to tell the customer that the wine he ordered is not there because we have finished it, because it is no longer found or has yet to arrive, here all this doesn’t happen at all with us. However, these are unpleasant situations in which I continue to run into, much more often than it may seem, when I go out to eat, even in very high-end restaurants where the printed wine list is still used. And so from 2018, thanks to ENOWEB, I can say that we have finally freed ourselves from all those errors that previously risked compromising the room work and our service gains in quality. "

Do you only bring your tablet into the dining room? How do your customers react? Is there any form of distrust?

“Yes, of course we only bring the tablet in the dining room but ours is a restaurant frequented by a varied clientele and with a strong youth component, therefore of people accustomed to using these tools. But I see that even customers of a certain age, who are by now accustomed to the use of various smartphones and tablets, have no problem using the digital wine list. Also in this case there is no mistrust. Indeed, when they realize that they can scroll quickly through the pages, do all the research they want, open the details of the bottles with the technical data sheet, in short, having much more information that they can acquire directly is something that is much appreciated. So there is really no form of distrust. "

So not only do they browse the wine list but also consult the contents of the cards?

“Well, this thing about the technical data sheets is really useful because it simplifies the service a lot since, when they order me a wine, they have already confiscated the basic information, if I may say so. Mind you it's not that I don't like being at the table with my clients, quite the contrary. But in this way I get rid of the obligation of having to give all the basic information and answer the most obvious questions and I can use the time I previously dedicated to these things to concentrate on presenting the qualities of the wine, on why I chose it and so on.

In conclusion, all of this also improves the quality of my work in the dining room and allows me to make the most of the great selection work we are doing on our wine list because in this way I have the way and the time to explain it to our guests. "