Beer tested on humans (more identifying than us)

Interview with Alessandro Crolla (aka Il Ciarlatano), head of propaganda. 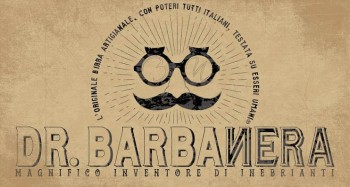 With this interview we open a new chapter in the section that collects the testimonies of ENOWEB users. Up to now we have focused exclusively on restaurateurs and sommeliers who represent the main user target of a service such as ENOWEB. However, its features, functionalities and its very rich database can also be exploited by those who produce the bottles to simplify the passage and registration of the product to the sales intermediary (restaurant, wine shop, shop) but also to facilitate the transmission of information - and consequently the sale - to the final consumer (the customer of the restaurant, wine shop, bar or more simply the consumer wandering around the shelves).

Alessandro Crolla, from the Dr. Barbanera craft brewery in Cavallirio, a small town on the hills of Novara, is the first producer we interview. With this interview we also want to present a partnership, which is the beginning of a common path of experimentation, which aims to promote an ever closer link between beverage producers, intermediaries, retailers and consumers, based first of all on the sharing of data and information that they concern not only the bottle, a physical object, but also the nature of its content.

Hello Alessandro, would you like to tell us how and why your collaboration with E-Group began? 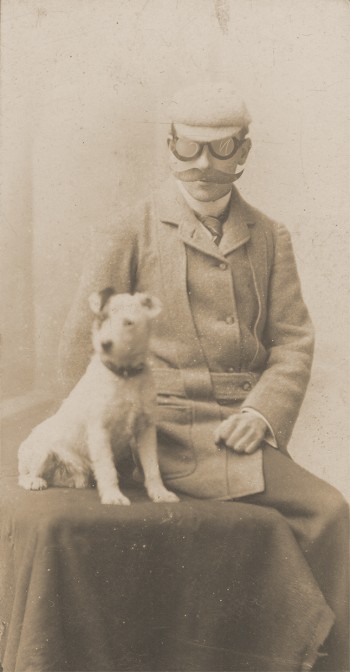 Magnificent inventor of Inebrianti (Dr. Barbanera)
with his dog Luppolo

"Look at his phone call, he catches me right" on the spot "because right now I'm working on inserting the ENOWEB codes in the labels of our beers. In practice this means that with the next productions the barcode used in our products and the one used by ENOWEB for our products will coincide in a single barcode. This thing comes from the stimulus of a friend, Davide Minoletti owner of Rampolina, a restaurant in Campino in the province of Verbania that has our beers on the menu and uses ENOWEB. Davide, in addition to being a precise and attentive customer, is a volcanic person, so I don’t hide that often, if I can, I stop to be able to eat and observe beyond what the normal delivery process would foresee.

On one of these occasions I notice that he is intent on opening cases of wine to put a label on each bottle.

It is not that he surprised me that much because I know that he is always the first to try new things, including technological ones. However, intrigued, I ask him what he was doing: "Look - he tells me - now I have installed this ENOWEB program that allows me to keep the whole cellar under control" - and from here he began to praise me all the things he can now do thanks to ENOWEB.

In conclusion, I got involved in his enthusiasm and since we are already creating a personalized label for his restaurant, I told myself that it cost me nothing to standardize our product code with the ENOWEB product code (one barcode is as good as another, right?). In this way, Rampolina no longer has to bother to label our bottles. This applies to them and of course to all restaurateurs who already use ENOWEB and will find it easier to load the bottles. So I contacted the E-Group, also because I was curious to know them, and I made them this proposal which was immediately accepted.

This means that even at the communication level there will be mutual convenience also for E-Group to appropriately signal those products that we could define as ENOWEB compliant and this maybe will make our beers known even to some new customers."

Why did you decide to do it with ENOWEB, actually the same reasoning could also apply to other programs?

“The reason is very simple. Speaking with Fabio Chinchio (E-Group manager) I perceived a strong harmony and the stimulus to start this journey together. It's a bit of a bet we both make. " 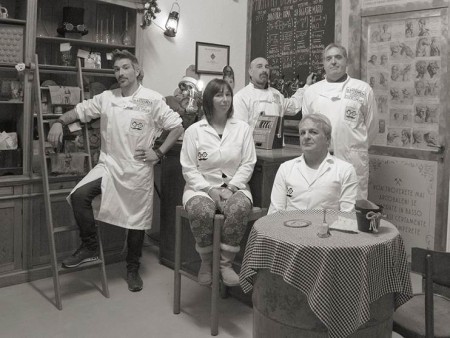 from left the Charlatan, Jester (right arm of Dr. Barbanera),
the Dealer, the Manufacturer, the Recruiter, the Numismatist

Would you like to introduce your company to us? How long have you been on the market and what are the main features of your product?

We are a microbrewery, an artisan company born from the passion as a homebrewer, in short, we made beer in the garage.

My parents and our current partner (affectionately nicknamed the wonder trio) had been brewing beer at home for years.

In 2013, when they asked me to make a communicative contribution, I was involved in their enthusiasm and decided to follow them in what seemed to me to be a real madness: an entrepreneurial activity in the brewing field. So we began to label and sell what we had always done only for friends and family.

Speaking of communication, just go to your site to realize that you are presenting yourself in a somewhat... particular way?

Do you find? Well, as E. Hubbard said "it is useless for you to take life too seriously, anyway, however it goes, you will not get out alive". And it was with this motto that by mutual agreement we laid the foundations of the transformation from passion to company, if there was to roll up our sleeves at least we had to do it having fun, using irony first of all. The working world is already quite gray and set.

So what's Dr. Barbanera's beer like? How is it produced? Do you want to tell us about it? 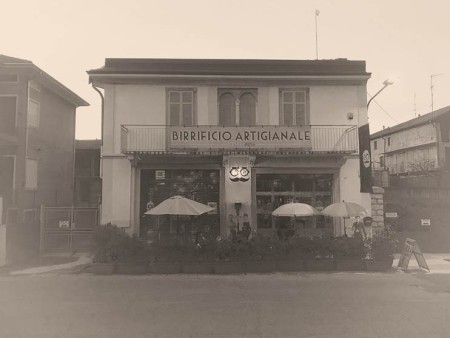 You understand that as a charlatan I could, without any effort, keep you a couple of hours to praise the unique and unrepeatable characteristics of the intoxicants of the Magnificent (Dr. Barbanera, ed) but the trouble is that they would change with each new improvisation.

I mean: actually beer is made one way and that has always been. It's a complex world, don't get me wrong, but apart from some sporadic extravagance that is usually more of a provocation (dollars, milk, meat), beer is usually water, barley malt, hops and yeast.

In Belgium, for example, they make the famous spontaneous fermentations in large outdoor tanks but here this is not possible, at least not in vats left under a canopy.

Our peculiarities he asked me... well that it is Tested on Human Beings® and I can guarantee this, that our boss is 135 years old this year and despite the misanthropy he is an almost pleasant man, that each beer has its own story and contains the essence of the adventurous past by Dr. Barbanera (Irma, for example, was a lover of his, and apparently not only hers) and then, believe me not out of habit but because I believe that beers ferment to the rhythm of music, classical or 40s to keep consistency with our imagery.

What ingredients do you use?

"Lately we have been converting to try to use, where possible, ingredients from Italy. I'll explain. Unlike what happens with wine, if you need to make a certain style of beer you need a particular hops, and a particular malt, which are usually produced in certain areas of Europe. Today, with the advent of many new craft breweries, Italian hops began to increase but initially, either because the product was still limited, or because it was a bit wild product, we often had no way of predicting its yield. in cooked and in the finished product.

Brewing is almost a science: if you don't know exactly the characteristics of the water, barley and hops you use, you can't control the final result. Initially the small producers were still in a sort of "experimentation" phase in which sometimes the products were not accompanied by analysis, but today with the development of the market they too have equipped themselves and we consequently: we try to prefer artisans like us and having a little less of that "beginner's fear" (which never hurts) we are willing to experiment more with the ingredients.

All of this is also helping a lot in the development of new agricultural enterprises. In recent years I have seen a nice change. Before, the small agricultural start-ups run by young people who had recently started growing hops came to us to tell us "look we have this product you need?". Today, if you don't book their production at least six months in advance, you risk running out of hops. "

Who are the Italians who have started growing hops? Are they traditional farmers, young or large companies?

"Some are even university students who have completed their studies in biotechnology applied to agriculture, in short, people with a solid background who decide to rent some land or perhaps use that inherited from their grandfather to devote themselves to the cultivation and selection of hops. Over the years, these guys become little chemists, able to create and select products with increasingly interesting particular aromas and scents ".

In short, is there a whole world that, starting with the development of small Italian craft breweries, is giving life to a new Italian history of quality food?

“Yes, this is true, but in reality, precisely because it is a new world we should try not to mimic the typical encrustations and heaviness that we sometimes find in the world of wine and alas this does not happen. I am not saying that beer is a “less noble” product but for me it is still essential to do things well without falling into prosopopoeia.

Beer was born as a "popular", convivial product and I think this is the right spirit: we are a company and as such it must work, but if our purpose is to "intoxicate" people then we must unite them in a passion, not divide between "who knows" and "who doesn’t". Certain attitudes typical of the world of wine, where the winemaker looks at you from top to bottom, are unfortunately also borrowed from some of my fellow brewers, but I think it is not the right way.